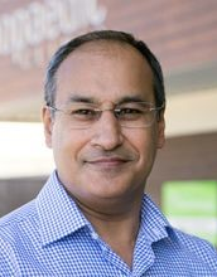 Dr Arvind Puri has taken up a Orthopaedic Staff Specialist post at the Cairns Hospital since January 2014.

His surgical training commenced in Ireland where, having completed the Basic Surgical Scheme, became a Fellow or the Royal College of Surgeons. He then went on to New Zealand with family, where he was selected into the Advanced Orthopaedic Training Scheme and upon completion successfully became a Fellow of the Royal Australian College of Surgeons.

Melbourne was the next stop, with a year spent undergoing Foot and Ankle Arthoplasty fellowships.

It was Dr Puri’s work as a Staff Specialist in Orthopaedics at the Cairns Hospital in 2012 that made him realise that Cairns was the place to be. He moved to Cairns along with his family in 2014.

Dr Puri has interests in lower limb reconstruction, general trauma to the upper and lower limbs and especially foot and ankle problems.

NOTE: This year’s course is now full.  Applications for next year open January 1.